At the time of its inception, No. 1 SPTC was exclusively responsible for training Police Constables within its limited resources and training facilities. The gradual wind of change in the realm of policing has demanded greater professionalism and police capacities among the Junior Police Officers as well as the Police Constable, who constitute the foundation of police human resource, to face the challenges posed myriad security threats and fulfill the growing aspirations of the people.

Democratic policing is a worldwide tried-and-tested policing model. In order to adapt democratic policing practices it is imperative to introduce and institutionalize proactive and coactive policing approach into our own system of service delivery which requires highly competent, dignified and accountable police officers. Therefore, the No. 1 SPTC’s objective is to develop highly professional and competent Police Constables and Junior Police Officers by conducting various training programs, which include foundation as well as advanced training courses.

At present, Nepal Police is the principal law enforcement agency of Nepal. As Nepal has just emerged from more than a decade long transition towards a more stable political system, Nepal Police has a very important role to play in maintaining peace and order through effective control and investigation of crimes, upholding the rule of law and human rights, and promotion of an environment for economic development. To achieve this crucial mandate Nepal Police, through reform and restructuring process to implement the provisions enshrined in the Constitution of Nepal and building on the trust and confidence of the people, is steadfastly transitioning into a fair, efficient, accessible and incorruptible Police organization at federal and state level (although Federal Police Act is yet to be enacted).

Nepal Police has undergone a paradigm shift from the traditional policing to the people-oriented-policing based on rule of law and due process in accordance with the prevailing constitution, international conventions, and national laws. With the promulgation of new constitution in 2015 A.D. the Nepal Police has been provisioned as a federal entity, while there will also be separate Police entities at state (provincial) level.

In the changing context of the world and our own, No. 1 SPTC remains focused on the need to modernize the training standards in order to reflect the positive image of the police service within the society. Moreover, within the pretext of global village, No. 1 SPTC committed to ensure democratic norms and values together with local need identification and international policing practice that conforms to “Think Globally and Act Locally”.

To accomplish this objective needs adequate and well trained police personnel which is impossible to envisage without the efforts and the contribution of a quality training institute. No. 1 SPTC is specifically responsible for conducting basic and advanced programs for constables and junior police officers. No. 1 SPTC is also involved in various innovative scientific methods and techniques as well as advanced technological adaptations to ensure the delivery of new concept of policing as devised by the Police Headquarters, Training Directorate and National Police Academy, through training policies and exchange of best practices. The introduction of improved administrative practices focuses on enhancing qualitative training programs, along with instructors, to bring about improvements in administrative, operational, investigative and overall aspects of police professionals. 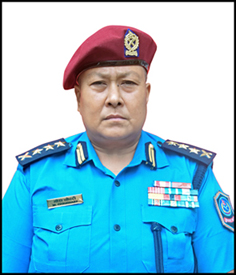